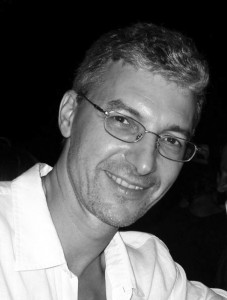 Classically trained American watercolor artist Vladislav Yeliseyev was born in Russia and received his formal art education in Moscow in 1977 and later earned his Master’s Degree at The Moscow Institute of Architecture. Since then he moved to the United States and participated in numerous group and individual exhibitions, and invitational paint outs across the US.

Vlad’s unique ability to reflect transparency of natural light in his paintings and to accentuate the artistic qualities of depicted objects quickly earned him a high reputation among art collectors. He also worked for various commercial, residential and government projects such as Red Cross, Universities, Hospitals, etc. Presently, Vladislav (Vlad) is practicing his art from his own art studio in Sarasota, FL. In 1996 Vladislav won the Formal Presentation Drawing Award from American Society of Architectural Illustrators.

After receiving lots of inquires about his watercolor techniques, he released an instructional DVD – watercolor workshop with Vladislav Yeliseyev “Painting Architecture”.

Vladislav Yeliseyev is a founder of Renaissance School of Art in Sarasota, FL where he teaches classes and workshops all year round. Vlad is an award winning artist and an exhibiting member of many art societies nationwide.

He is a signature member of American Impressionist Society, National Watercolor Society, Florida Watercolor Society and others. His work is prominently featured in February 2016 issue of Watercolor Artist magazine where he is also chosen as a cover artist. His paintings are in commercial and personal collections worldwide.

Vladislav Yeliseyev is a plein air artist participating in prestigious invitational paint outs nationwide and abroad. He has won numerous awards including Best of Show, Collector’s Choice Award and The BoldBrush Award.

Gallery inquiries can be made directly to Vladislav Yeliseyev at contact@yeliseyev.com 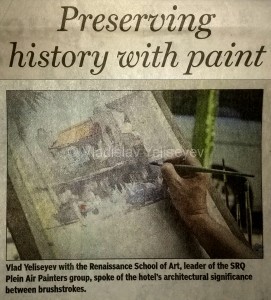 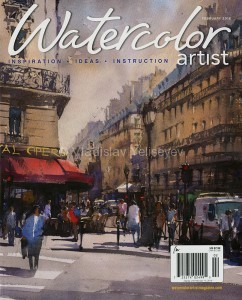 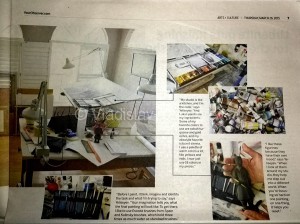